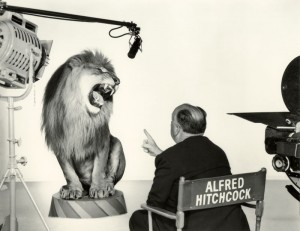 Hot season is finally back for half of the planet.

And what’s better to do during a warm summer night than watching movies outdoors? With champagne?

(Well. There are a few other cool things to do, but we can’t help with everything.)

Now, about the program. What about some early, funny, or experimental work from great directors?

We bring the movies, you bring the champagne. And the laptop. And the outdoor.

Let the lights shut down, and the curtains open…

What would the world be without british humour? Not much. The lucky ones who had the chance to see the mythic Life of Brian on-screen were also spoiled with this short movie about the beauties of this world, such as gondolas, leprechauns… and more bloody gondolas.

“When I arrived at Dali’s, in Figueras, invited to spend a few days, I told him that I had recently dreamed about a slender cloud cutting the moon and a razor blade cutting an eye. Then, he told me that he had just seen, in a dream the night before, a hand full of ants. He added ‘Why not make a movie from this?'”.
And “this” is what happens when you put together two major surrealist artists, Luis Bunuel and Salvador Dali: Un chien Andalou.

Vincent, first movie of famous director Tim Burton with Rick Heinrichs, already contains the main themes and aesthetics the world will come to celebrate a few years later. Having Vincent Price, his hero, on board didn’t hurt, either.

In more recent times and a totally different kind of animation, Pixar has offered us not only innovative and fun moments, but also brilliance and pure emotion through their movies. The company is also famous for the short films often screened before the long ones.
And just like the latters, they often are little pearls of joy. Just ask John Lasseter:

C’était un rendez-vous, directed by Claude Lelouch, follows a car driving through Paris during the early hours of the morning. Fast. As if noone else was there. Because some things can’t wait…
It’s also interesting to know that the movie was shot in a single take. But don’t try this at home.

For more than a hundred years now, cinema has brought us some of the purest emotions. And some pleasures never get old.