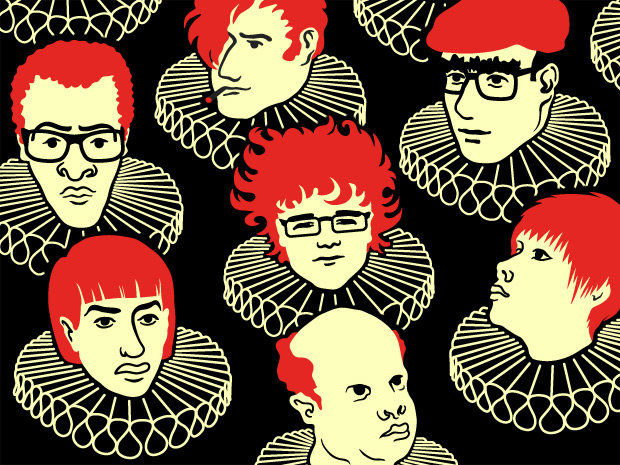 Writers are challenged by social media. Not only are there now numerous immediate platforms on which we have to make what we say unique, there is also the compulsion to say something all of the time – because there are so many people doing the same thing. Making a mark online is difficult from more than the financial perspective, where anything you write can be found on ten blogs and a hundred messageboards – better, delivered and researched with passion, scholastically flawless and immediately published. The profusion of outlets means that people have had to up their games.

Johnny-come-latelys aren’t always welcome. The neck albatross of the “newbie” is hard to shake, several years after the online identity is born. These handles, some of which have been in existence for more than decade, have been shaped, developed and cross-populated from one place to another. Where the platform calls for real names and genuine identities – Facebook, Google+ – this isn’t so important. But where anonymity and “sock puppets” are allowed – such as messageboards and on Twitter – the imagination is allowed room to exercise. There have been recent examples of Twitter handles which present themselves as the work of other people. CatBinLady and Diana In Heaven, for example.

Today, we understand the term “homunculus” to refer to the representation of the human body as a diagram in which parts of the body are shown according to the number of nerve endings that they contain. These curiously-proportioned portraits are what we can imagine as being the “little person who lives in our brains” – how we are according to what we physically feel. But before this was developed, the homunculus was present in medicine and philosophy for centuries. It was believed that a little person was sent forth in the act of reproduction, a little mandrake root-style thing which could grow in the carrier before being sent out into the world. Prior to that, alchemists such as Paracelsus believed that the homunculus could be created by magic and biology – collecting a series of physical tokens and emissions, animating them into the form of a smaller version of the creator, and dispatching it to do their bidding. J Sheridan Le Fanu writes about a homunculus-style spirit in “The Familiar”, and more recently the character of Roger in the Hellboy series is a magically-created homunculus.

Commentators often note the existence of an online life – how this grows and how it begins to take people’s existences over. Certainly, the success of applications and online universes such as Second Life provide proof for the existence of groups of small versions of people who are controlled by their creators. But these are created sprites, avatars, which are controlled. When the identity exists – as on Twitter, messageboards, newsgroups, and so on – in the form of words alone, things change. In order for the identity to continue to supply the kind of information which it’s become known for, does the existence of the controller have to be altered? Say, for instance, we find a messageboard where one poster is renowned for posting up-to-date information about a particular topic. Because of their desire for anonymity – which, even in the Facebook era, still exists – they are known exclusively by their online handle. And they’re having a quiet week, or they get sick of finding out the best information. What do they do? Can they hand over the responsibility to another person, someone else who can assume the identity and fill in any gaps? Or will they have to adapt their own lifestyle accordingly in order to keep the identity alive?

Logins are swapped and sold. Sock puppet identities are handed from web user to web user. And so what we find is that, in some corners of the internet, a virtual homunculus of ideas and experiences might be created which then forces its owner to adapt his or her own actions – to meet the expectations of the created identity.  And so then we come to yet another folkloric cliche – the being which is created, and then which achieves a sinister level of control of its own. As expectations grow, the identity is desired to perform – and if the creator can’t meet these expectations, then it will die. Or it will need to be taken over by another.

Saddling this aspect of online life to the folkloric representation of the homunculus isn’t as far-fetched as it might seem. With Twitter, particularly, these identities can get out of control. And there are teams of writers in PR agencies across the world whose job is to write convincingly at being someone who they’re not – with little or no input from any real-life figure who is represented. Fittingly, politics and areas of policy is where this type of activity thrives. The writers and editors become their client – they search for stories, adapt their tones. This is similar to any writing brief, until the surreptitious gathering of information and photos needs to be smoothed into a new shape, a feasible and realistic personality which can be nurtured and, in some instances, attached by the readers and followers of its activities to an entirely different person with no disjointment.

James Riesen is a writer and editor who lives in Sweden. He writes about food, music, and folklore. This is not his real name.

Graphic designer, illustrator and a curious mind, Eduardo is the founder of the Cyclictone project.