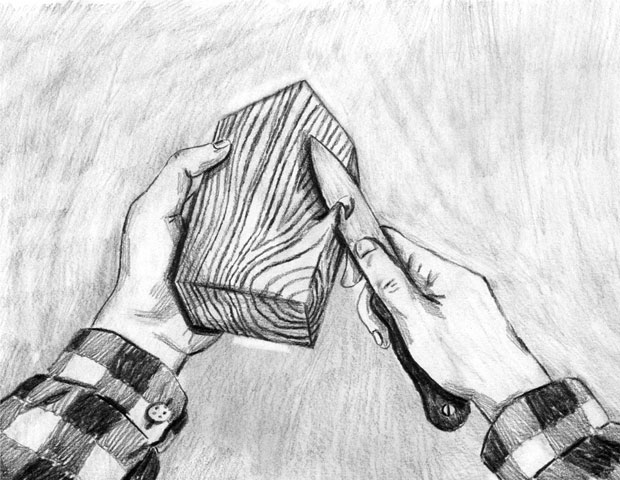 And we will find another
home, reconstruct the
furniture of our lives,
unfurling once more
the portable hearth of
a life nomadic.

So begins the latest entry in Notes on the Making of Home, a blog which is part autobiography, part project note-book. The author, hypatiadreaming, describes herself as a “[c]reator of little dimensional pockets where the scattered remains of daily thought and experience can coalesce and evolve. But otherwise, fairly ordinary.”

Hypatia, a.k.a. PJ, has spent a lot of time pondering exactly what home means, both from her own perspective and from that of people who lack a space to call home. Her blog attempts to draw these threads together.

“This is a space about home. About why we need it. What it is. Its plumage and profusions. The shapes, dreams and fears at its literal foundations. It is also a journey of home. It marks the beginning of an idea, and the rough sketch of a larger body of work to come. I have opened this space as an embarkation point for an odyssey. And this is a declaration of sorts; a way of holding myself to a realisation and a promise. It is from here that I will put words to a journey that began long ago, and that I hope now to chart out. The methods are multiple. I will be going back in time, around the world, into the present and out into the speculative.”

From the outset we see that PJ is writing with purpose: these are no casual ramblings but rather a butterfly stretching its wings with ambition.

To explain what led her to become a sociologist with a passion for the idea of home, PJ narrates something of her own nomadic childhood and youth; by the time she was 23, she had moved house 13 times, sometimes moving thousands of kilometres between Australian states.

Through difficult family circumstances, she, her mother and brother were rarely still for long. But in each new place they nested, and created their home afresh: familiar objects were assembled; a new garden was planted; but above all, the three of them were their home.

From this grew her interest in homes and housing, expressed first as a PhD student where she studied couch-surfing as a form of youth homelessness, and now as a housing policy researcher. PJ describes herself as a guardian of people’s stories, and she is clearly devoted to giving voice to the many people she has interviewed about their experiences of home and homelessness.

Her blog is beautifully written, closely observed, and above all, heartfelt. I look forward to the fully fledged version of The Making Of Home in whatever form it may take. In the meantime, PJ is living proof of Virginia Woolf’s observation that all one needs to be a writer is a room of one’s own. And an internet connection.

Elen is a scientist who drives the arts unlicensed. In her spare time she plays the cello, takes photos, makes a mess with paint, and enjoys bad puns. Elen joins the Cyclictone project as an editor and writer.

Was born and lives in Penafiel, Portugal. Since she graduated she has been working has a teacher, illustrator, filmmaker and animator.