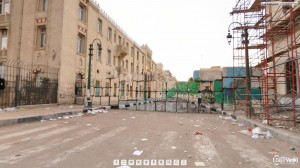 It is often said that Art is a language in itself. The greatest paintings, symphonies, sculptures or photographs need no translation to give emotion or send a message.

But what about novels, poems, movies? Don’t we need words, sometimes? Not always.

We still don’t know exactly where language comes from. But one thing is for sure, it doesn’t always need a tongue and a verb to be effective.

Mark Twain was born in Florida, in a long established American family. During his young years, he’s travelled across the United States. New York, California, (obviously) Mississippi. And then, Europe. That’s where he discovered the German language, which not only left him completely distraught, but also inspired him a very humorous essay:

“Surely there is not another language that is so slipshod and systemless, and so slippery and elusive to the grasp. One is washed about in it, hither and thither, in the most helpless way; and when at last he thinks he has captured a rule which offers firm ground to take a rest on amid the general rage and turmoil of the ten parts of speech, he turns over the page and reads, “Let the pupil make careful note of the following exceptions.” He runs his eye down and finds that there are more exceptions to the rule than instances of it.”

“An average sentence, in a German newspaper, is a sublime and impressive curiosity; it occupies a quarter of a column; it contains all the ten parts of speech — not in regular order, but mixed; it is built mainly of compound words constructed by the writer on the spot, and not to be found in any dictionary — six or seven words compacted into one, without joint or seam — that is, without hyphens; it treats of fourteen or fifteen different subjects, each inclosed in a parenthesis of its own, with here and there extra parentheses which reinclose three or four of the minor parentheses, making pens within pens: finally, all the parentheses and reparentheses are massed together between a couple of king-parentheses, one of which is placed in the first line of the majestic sentence and the other in the middle of the last line of it — after which comes the VERB, and you find out for the first time what the man has been talking about; and after the verb — merely by way of ornament, as far as I can make out — the writer shovels in “haben sind gewesen gehabt haben geworden sein,” or words to that effect, and the monument is finished. I suppose that this closing hurrah is in the nature of the flourish to a man’s signature — not necessary, but pretty. German books are easy enough to read when you hold them before the looking-glass or stand on your head — so as to reverse the construction — but I think that to learn to read and understand a German newspaper is a thing which must always remain an impossibility to a foreigner.”

The Color of Pomegranates tells the life of Armenian poet Sayat-Nova. But instead of a typical biography, director Sergei Parajanov chose to use a visual and acoustic language that projects us inside the mind of the poet, and let us feel life through his senses. The result is an incredibly beautiful and unforgettable movie, celebrated all over the world as a turning point in cinema.

Sound poetry is a pretty name for an artistic experience using phonetic instead of semantic. It’s all in the title: the sounds we produce can tell a story, and it doesn’t matter if they don’t form intelligible words. This is how German artist Kurt Schwitters composed his poem Ursonate:

Not far from sound poetry, come the experiments of multi-talented artist Meredith Monk. In art pieces such as Magic frequencies or the amazing Dolmen Music, she creates an atmosphere based on the chemistry between sounds and voices, and needs no actual word to get a beautiful story out of it.

Body language is sometimes the best way to say something, even unconsciously. Polish artist Paulina Olowska used this idea to create the performance “Alphabet”, where the body meets the letters, and then the words of several poets. Body poetry?

It is said that languages were invented as a punishment. But what if, instead, it was one of the greatest gifts humanity has ever received?

Different ways of expression, combined with human creativity, has given us a lot of artistic roads to explore.

And it even works for seduction games. Just ask Bret and Jemaine.

(featured image: The tower of Babel ~ Pieter Bruegel the Elder)