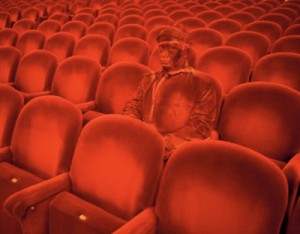 When asked what super power they would like to have, people always find a lot of ideas.

They want to fly (but come on, do you have any idea how COLD it is up there? When you could be so comfortable in a plane?), to read into other people’s minds (and destroy your ego for ever? You know you’re perfect, you don’t need any confirmation), or to always find a seat in the bus (And… ok. No, just ok, this one would actually be awesome).

Invisibility is another one of those highly desired powers (plus it has five “i”, which is cool). Why invisibility? Some would satisfy their voyeurism. Others would just play tricks on friends or foes.

But some people know exactly how they would use invisibility, whether it’s their own or not. They would create art with it. Becoming invisible doesn’t necessarily mean one doesn’t exist anymore. The disappearance of some matter can help putting something else into the light.

Andy Alcala surely does have a pretty face. Actually, we don’t really see his face, but still, when he reproduces major paintings on himself, we don’t see a man anymore, but a work of art. 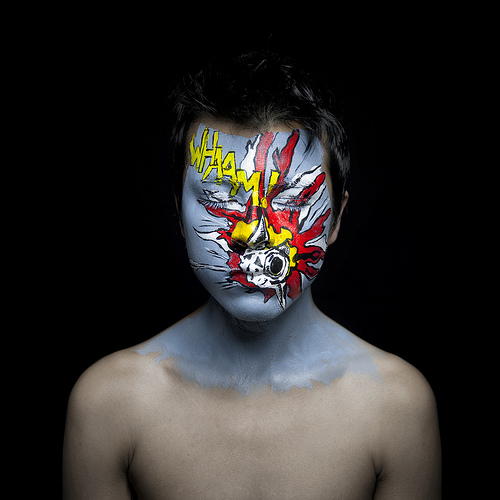 Whaam! by Roy Lichtenstein ~ 1963 (A lot more, and making-ofs, are available on his website)

Maybe when he was young, Liu Bolin used to go to his grandmother on sundays, and liked to spend hours watching the old wallpaper in the living room, while other children were busy living their ordinary children lives playing outside.
Or maybe not. We don’t know about that.

What we know though, is that when he became an adult, the artist choosed to protest against the way the Chinese Government treated him and his peers by blending himself into every kind of surface. He felt his government wanted him to disappear so, he did. In his way.

Li Wei also has his point of view about disappearance. But unlike the painted men, he choses to hide parts of his body behind a mirror, and to wander around like that, “to question our everyday habits of perception. We see ourselves and our surroundings from a new point of view.”

Reflection, again, creates invisibility, but in a completely different way. Architects Tham & Videgård created  a Treehotel in the northern woods of Sweden which, with it’s surface made of mirrors, disappears almost entirely into the forest. Impossible, they said…

When asked what super power they would like to have, people always find a lot of ideas. But in the end, the best of them all will always be Imagination.