It is said that people who lack a sense grow the other ones stronger.

Who said you need to see to capture a vision ? Why would I need to hear to play music ?

Setting limits to Art is absurd and useless. A work of art can be appreciated with more than one sense. And there are many ways to get satisfaction from creating something, whatever abilities are used.

It’s not about having less possibilities, it’s about having different ones, and therefore bring something new to the creation.

Some people will never take “no” for an answer. Let’s meet a few of them.

Evgen Bavcar became blind when he was twelve years old. When he started photography, he discovered his ability to possess what was in front of him, without the help of his eyes. The very fact that he couldn’t see the object of the photography gave him the power to own it in his own way. 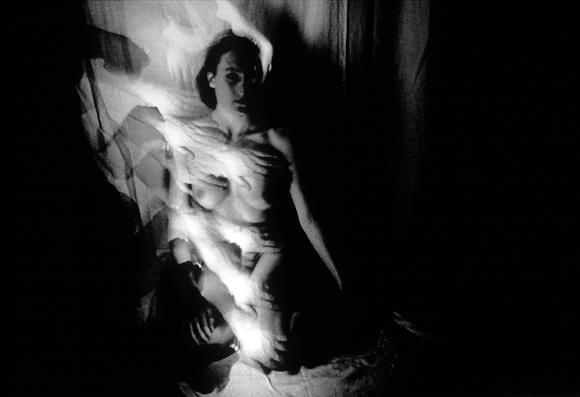 Flo Fox, despite obstacles that would make almost anyone else give up, dedicated her talent to show other’s life, and became one of the most recognized street photographers. And so much more.

Create music you can’t hear ? Why not ? Ears are a cool accessory, but they’re really just a part of the appreciation. Percussionist Evelyn Glennie teaches us how to listen, and there is a lot to learn from her:

Being disabled doesn’t mean one can’t be gracious and talented. That’s what the Candoco Company is proving, year after year:

Patience is the key.
When the author Jean-Dominique Bauby suffered from a massive stroke, he lost most of his abilities. He couldn’t speak, and the only thing he was able to move was his eyelid. So what did he do ? He used what was left to him to write a book. Nothing less.

What those artists are telling us is that there is no valuable excuse not to follow the path we feel is the right one. At least, it’s worth a try.