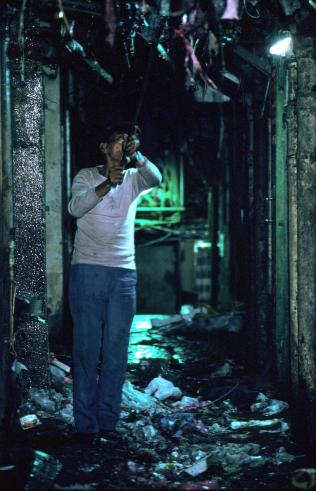 In Robert Silverberg’s “The World Inside“, a population of 75 billion humans live in gigantic towers occupying ten percent of the planet’s space.

In Alex Proyas’ “Dark City“, people are prisoners in an oppressive and closed city where sunlight is nowhere to be seen.

In Fritz Lang’s “Metropolis”, the city has turned into a massive megalopolis, separating more than ever people in castes.

From Brave New World to Metropolis, from Blade Runner to The Matrix, each of those cities share some common points: they are oppressive, crowded, without any exit possible. And they are all set in a more or less distant future.

But such places are no anticipation anymore. It is happening, right here, right now.

Kowloon Walled City is an example of what happens when too many people are parked in too little space.

At first an observation post against pirats on the Hong Kong island, the citadel was turned into a military fort during the 19th century. After Hong Kong became a british colony in 1842, Chinese authorities decided to improve the fort to counterbalance the english influence. A wall was built around the enclave. The British leased Kowloon for 99 years, except for the part now called “Kowloon Walled city”. 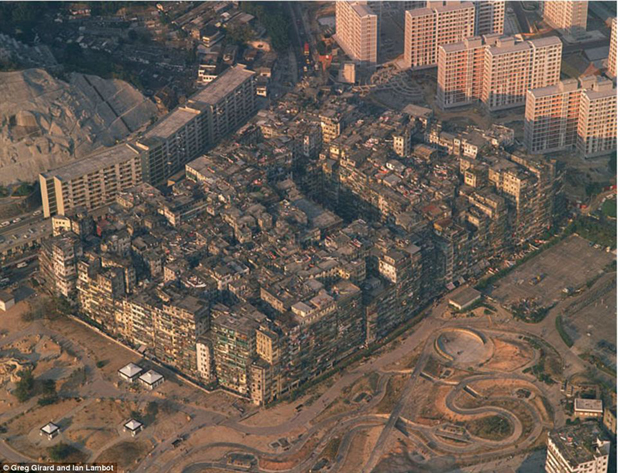 After World War II and the departure of the Japanese from the island, the city became a retreat for poor people, drug addicts, and refugees, and more and more of them came to live in there, at one point making Kowloon Walled City the most densely populated place in the world. Soon, the city became dominated by the Triads, who ruled the place until the 70’s, although it is said that most people there lived in peace.

As a dangerous and overcrowded place, almost no rule was respected in terms of urbanism. Buildings everywhere, streets covered with garbage, intricate alleyways, Kowloon City was a labyrinth, almost impassable to those who didn’t live in it (and dared to enter anyway).

Considering the terrible sanitation and the lack of control over the micro-society formed in Kowloon, Chinese and British authorities finally decided to evacuate and demolish the block, which was done in 1994. Instead was built a park, where people can still find some remains of a place that could have come straight from the vivid imagination of a science fiction author.

Hopefully, Kowloon Walled City can still be explored today, not litterally, but through artistic visions. Which is second best.

Photographer Greg Girard and author Ian Lambot spent a few years around Kowloon City, exploring, talking to its inhabitants. They brought back an invaluable testimony of the life happening inside the walls. The book City of Darkness was later published, recounting this experience. 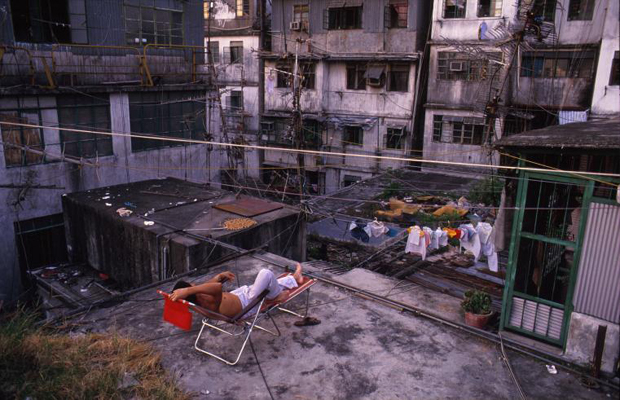 Kouki Inoue is a japanese developer who worked on the famous video game and anime project .hack. The artist then came to life as an avatar in the virtual world Second Life and created his own version of the Walled City, called Neo-Kowloon, a dark labyrinth full of mystery rooms and strange encounters, and one of the many places worth exploring in this full of creative artists and under estimated world. 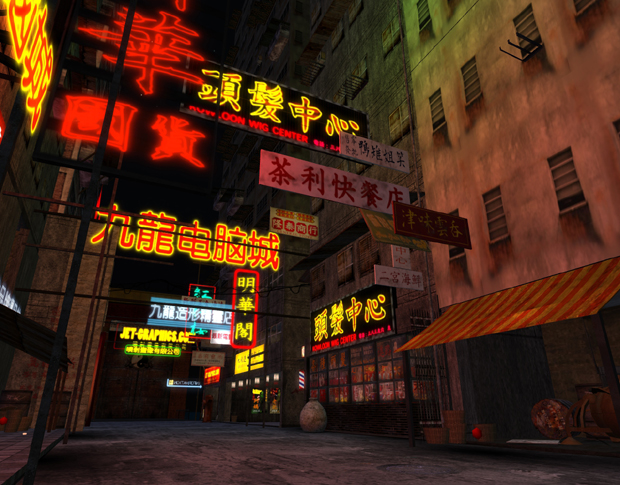 The city also inspired several animated works, as various and different as the feelings coming to our mind when thinking about Kowloon’s story, whether one visited it for real, or only in imagination.

Kowloon Walled City looked a lot like the scary and oppressive cities described in many science fiction or cyberpunk universes. And it makes us wonder about the future of our already overcrowded planet.
More and more humans will live into cities in the future. They will get bigger and bigger. Now the question is: if this is bound to happen, what can we do to make those places viables?

Let’s just hope that the urban jungles won’t turn into nightmares, and that what was once an utopia doesn’t become a dystopia.

(All pictures by Greg Girard)