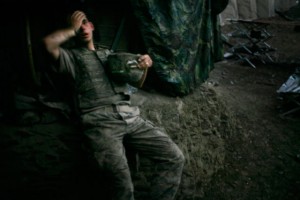 Because we need to know what’s happening – so we can learn and help – there are those who go. Journalists, photographers, writers. Through reporting and the lens of an artistic vision, they share what they see. And then they deal with danger, guilt, and moral consequences.

Then the world gets to know, but at which price?

In this must-read article, photographers describe precise moments where they have been confronted with violence… and didn’t help. Instead, they took a shot.
Most of them are saying the same: if they help one person, at one given moment, only this person will be saved. If they shoot and show the world, more people will benefit from it in the end.

“I am stung by guilt whenever I think of Eritrea. This is a story about my friends; friends who have been locked up, exiled and tortured. My only weapon to try and help them is publicity, yet I have failed spectacularly in using this to assist them.”

In his very interesting website, Greg Marinovich questions his own responsability and guilt regarding his work, and the fact that sometimes, pictures are not enough to raise awareness about a catastrophic situation. 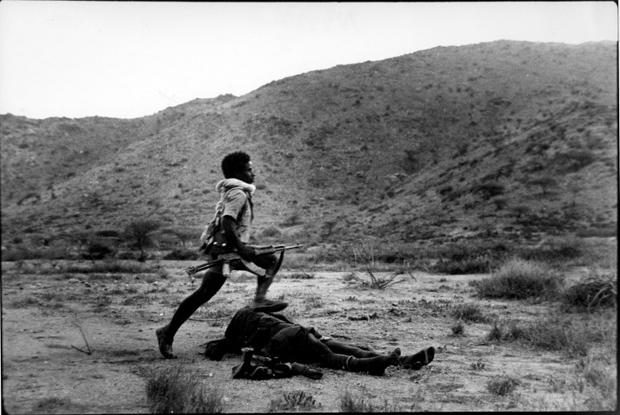 João Silva says that what made him one of the best photographers is ignoring the impulse to help.
“When he worked in Afghanistan for the first time, he arrived at the site of an explosion, dust still hang in the air as a man with a bleeding child in his arm stepped out of the cloud. A great photo. But Silva let go of his camera and drove them both to hospital. There he made a photo of the child. The photo turned out bad. The child died.”
(source: Der Spiegel)

The acclaimed portuguese photographer stepped on a landmine in Afghanistan in 2010 and lost both legs. He then had to stop his activity and focus on recovering.

Marinovich and Silva’s friend and fellow “Bang Bang club” member, Kevin Carter, took one of the most haunting photos ever made. The vulture watching a starving child has shocked many and brought into question the difference between testimony and humanity. The photographer won the Pulitzer Prize for Feature Photography for this picture. A few weeks later, he committed suicide.

Not everyone is able to switch off their emotions to take a picture. But sometimes it is already taken.
We’ve all seen her. The little girl in pain running towards us, her brother crying for help. Nick Ut took the shot, and when seeing how badly wounded Phan Thị Kim Phúc was, he left his camera and took her to the hospital.

“The world needs to know.” For every conflict, every situation, past or present, that happened on this planet of ours, it has been the lesson. The world needs to know and remember, so that it won’t happen again. Artists played their part. writers, photographers, they gave their testimony, risking their own lives, their own mental health.

And yet, it is still happening. But it doesn’t mean that it was all for nothing. It just means that there is still plenty of work to do, and things to show. And that more than ever, art is useful to the world. We need it to learn, to help, and sometimes,  to just relieve the tension. Because we are only humans.

(David Simon‘s Generation kill, based on the book by Evan Wright)

(featured image: a man walks in Beirut after an attack ~ João Silva)

(Thanks to Collin for his help)