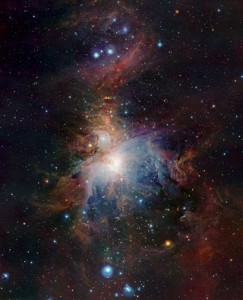 A lot of ideas come to mind when one hears the word “space”. One of the most common, and yet still fascinating, is the thought of space, in an astronomical way.

The sky, the stars, the moon (and the black holes). Inspiration for cheesy poetry, intergalactic sagas, drooling monsters, or super heroes.

For as long as they can remember, men have wanted to fly, and spent a lot of time with their nose up in the air, not only to find out what it was they were observing, but also simply to admire the sight.

And then, some of them started to do both. Whether by illustrating, filming, or just letting the notion of space shape their work, those artists found a way to share their vision of our universe. Literally.

Here are a few examples, among many others.

Even when the material was not as accurate as it is today, good observation, intuition and knowledge helped creating useful and beautiful illustrations.

The great nebula in Orion, as seen by the scientist Etienne Trouvelot in the late 19th century (more illustrations here): 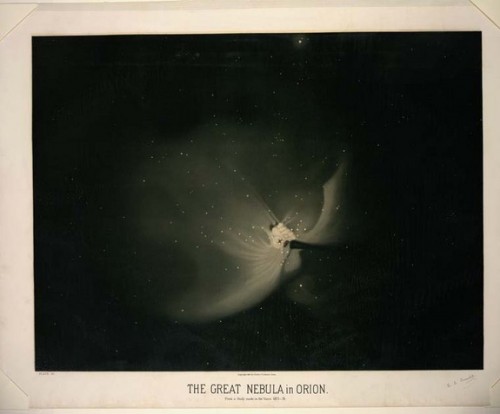 More recently, Lynn Aldrich was one of the artists who joined astronomers for an exhibiton about the idea of observing the universe, with her piece “Pilgrimage through the wormhole“: 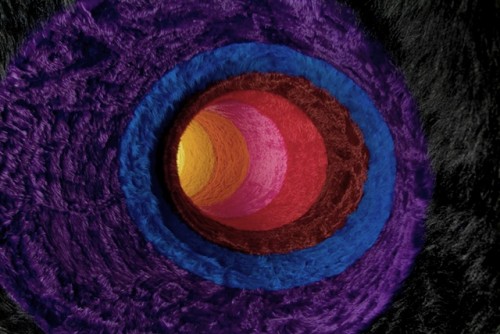 Photographers Christoph Malin and Babak Tafreshi brought us those amazing images taken at the European Southern Observatory in the Atacama desert (Chile), considered the best place on Earth for observing the sky:

The great thing with Space is that, besides teaching us about our past, present and future, it’s naturally grandiose and fascinating.
The great thing with artists is that they’re able to capture this field of possibilities to create something new, and to share it with us.

And this is only the beginning.