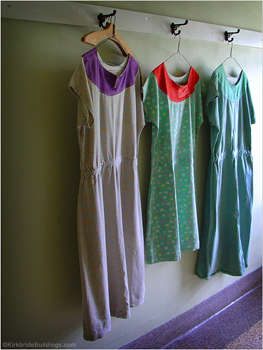 This American physician, known for his influential and controversial work in the domain of psychiatry, has also left his mark in the architectural world, being at the origin of the Kirkbride Plan, a model design leading to the construction of several mental asylums all over the United States between 1847 and 1900.

When Kirkbride’s ideas were discredited, so were his buildings, many of them getting destroyed, or simply abandoned to decay, while a few were saved for other usages.

Today, the remaining empty buildings have become a place for explorers, and a source of creativity, musical, or visual.

Photographer and designer Rob Dobi has always been fascinated by abandoned buildings. Therefore, it comes as no surprise that part of his fascinating photography project New England Ruins took place in some of the old Kirkbride buildings:

James Edward Deeds Jr, known as The Electric Pencil, was a patient at Nevada State Hospital. While his work doesn’t necessarily show any relation to the building itself, the story of this man leads to the idea that the hospital may have been a more fertile environment for his creativity than his home: 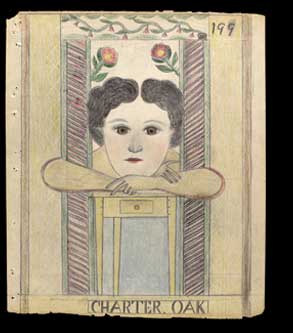 Mary Ellen Mark was a photographer on the set of One flew over the cuckoo’s nest, filmed at the Oregon State Hospital. During the shooting of the movie, she discovered the real Ward 81, maximum security area of the asylum. The people she saw there, though, had faces that could have been ours. Just faces: 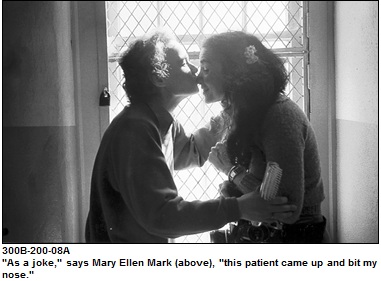 Kirkbride buildings are witnesses of a not so distant past, and their massive, majestuous presence, associated with old stories and urban legends, make them a perfect starting point for our imagination to travel through space and time:

But no matter how overwhelming the building is, at the end, it’s the life people brought to it that makes it worth of interest.