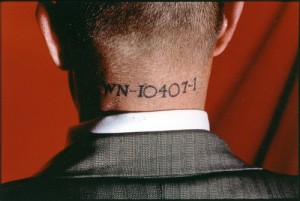 When James Leroy Acord was only a few months old, the first atomic bomb of History was dropped on the other side of his world.

And nuclear never really left him until his death in 2011.

A few years later, James, who had become a sculptor, learned that the granite he used for his art contained uranium and thus could provide nuclear energy. This was the beginning of a whole new story for the struggling artist.

Acord is not the only artist interested in what radioactivity has to offer to art. But maybe he was the most stubborn.
He studied alchemy and nuclear science, and after spending an incredible amount of energy and fighting against bureaucracy, he finally became the first, and only, man to earn a license that would allow him to work with radioactive material for art purposes. 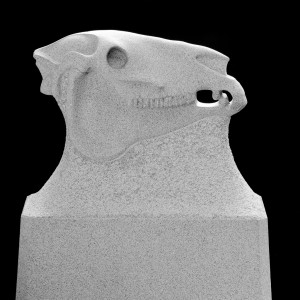 “Monstrance for a grey horse”  is said to be one of the most powerful pieces of art ever created (and is the object of a fantastic tribute to both the artist and the art, by Fred Moody).

All his life, he created, learned, and never gave up on his art.

James Leroy Acord was an alchemist. A unique one. The thing that made him so special was his complete lack of self-consciousness, entirely devoted to his passion, and his wonderful ability to transmit the joy he felt when creating.

But after all, transforming passion into inspiration is alchemy, too.

Delicately sculpted for you by