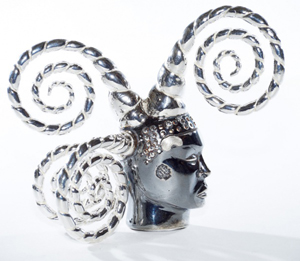 When thinking about artists using their body, the obvious ones who come in mind are actors and dancers. But it can also happen in other domains. Painting. Performances. New technologies. The only limit is the imagination.

And some of us don’t lack this one.

Jean-Christophe Naour explored the possibilities offered by the Kinect device to create a new tool, using the body movement interpreted by the sensor of the camera. The result is an interesting mix between light painting and 3D motion capture.

The use of the body in Art can often be associated with pain. Body Art becomes the primary mean for an artist to express himself, send a message, or transfer the pain of the world on his own skin.

Orlan is one of the best known performers in the domain of Body Art. Her work, mostly through self-inflicted pain (but not only), questions the violence handled by the body, using a feminist approach.

Tony Orrico has earned himself a funny nickname: “The human spirograph”. Of course, it all makes sense when we see him performing.
The way Orrico uses his body requires from him to be in great shape and to be resistant to physical pain.
Using his elbows, knees, and various parts of himself, he creates complex and precise mathematical curves and geometrical shapes.

Gene Hathorn has been convicted of murder and sentenced to death row in 1985. During those years waiting for death, he agreed to give his dead body to controversial artist Marco Evaristti, who wanted to turn it into food fish for a further exhibition.
Since then the inmate’s sentence was overturned, putting an end to the project.

When it comes to the body, ideas come in every shape, from the most simple ones to the most disturbing. And it proves that one doesn’t need to search for inspiration very far. It is everywhere, we just have to look at it. Even inside ourselves.