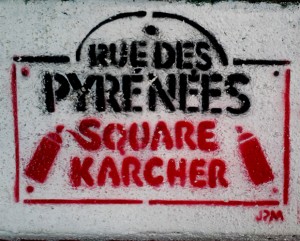 Some mornings are harder than others. The sky is gray, the streets are gray, even people are gray. But lately, more and more colors have popped up here and there, eyes getting caught by a drawing, a graffiti, or a funny sticker.

Cities are becoming the locations of ephemeral and creative exhibitions using the streets as their galleries, and giving a new life to long abandoned walls and sidewalks.

Because what’s better than a little makeover to sparkle a bit and become visible again?

Today’s abundance of means of communication has created a paradox for artists: while it’s easier than ever to show their work, it’s also become a lot more difficult to stand out of the crowd. Brushes, sprays or stencils have become powerful weapons in this daily struggle.

Street art is still illegal in a lot of places, which makes the simple fact of doing it a statement in itself. And while many pieces of art exposed this way are simply beautiful, being a street artist is also a way of expressing thoughts on our society, and send political or cultural messages.

Hopefully, there is no need to be in New York City, London or Paris to enjoy the result. The discipline has been spreading all over the world, and is gaining a bigger prestige every day.

Mexican born artist Saner brings the cultural symbols of his country to the rest of the world, using his vibrant palette to give a modern and colorful aspect to not so attractive neighborhoods. And when he pairs up with fellow countryman Sego, they give Miami’s Wynwood walls a new glow:

Australian street art scene is growing by the day, so it was only a matter of time before an exhibition gathering some of its most talented artists was created, bringing Oceanian walls to the other side of the world. They are young, and they are free:

Le Havre had to be almost entirely rebuilt after World War II. It gave the place a different aspect from most french cities. This one has suffered, but it is now noticed for its urban art scene. Jace is one of its most well-known figures. His emblematic creation, the Gouzou, came from the artist’s need to be fast, and easily recognizable. Which he is now, from his hometown to Tokyo.

Cape Town artist Faith47 likes to paint in her studio “with deep, dark music on” , but not only. Wandering through the dark alleyways and the broken buildings of South Africa has made her see the world through an entirely different eye. The walls she paints not only acquire an artistic dimension, but they also raise awareness on what’s surrounding them: poverty and chaos. 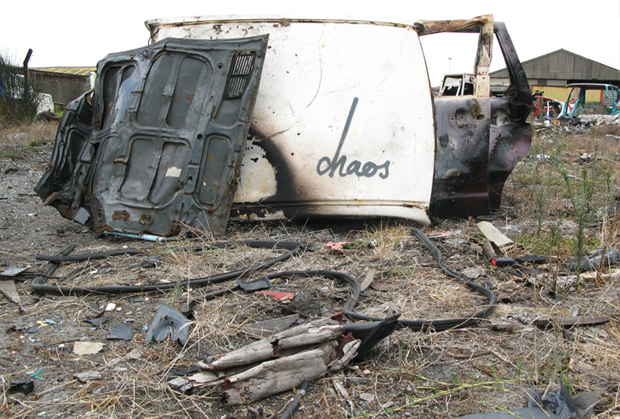 The same idea is conveyed through Beijing’s artist Robbbb . He uses the walls of his city to make people think about the society they’re living in. It’s up to them to do something, then. 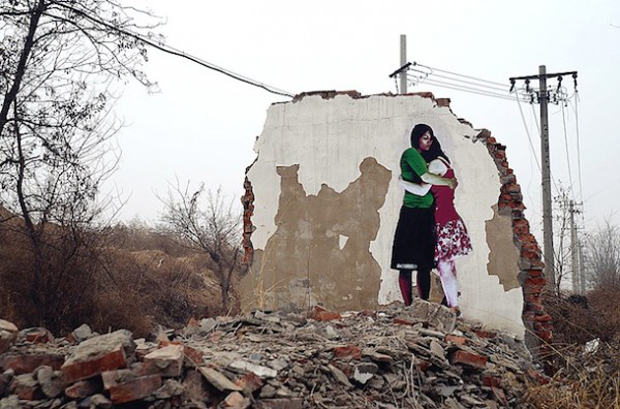 What was at first considered as vandalism is now celebrated as an art. But even if some pieces can now be seen indoors during exhibitions, the essence of street art lies in its ephemeral state. It happens where life is, where everyone will get a chance to see it, get inspired by it, appreciate and think about it, during those sometimes dull mornings. And every other days, too.

(Thanks to our friend at LHstreetart for the help)

(featured image: Poetry is in the wall, by Escif)